New Mind of The Future

The Eclipse of the Mind is on now! Eclipse = Equinox. Very rare.

In 2013, in the midst of the Uranus / Pluto square configuration where advanced Aries technology meets the Capricorn controller, Dr. Michio Kaku – famed and foremost theoretical physics genius – released his book: The Future of The Mind.

Do look into his work The Future of The Mind and find out where we are going RIGHT now. It is right there now in between our own Spock ears. In his much praised and extremely thrilling book about the next frontiers of our innate abilities, where he explores telepathy scientifically, and many more fascinating issues, he confirms many points we made in the book Light-Seeds – Futures of Planet Earth, in 2007.

Eight years ago our own work was received very well, and I was deemed a rather speculative if not dreamy kind of guy. Born with Mercury in Pisces, actually I know things, and like Carl Jung, I can’t just say everything I know at any time. It might not yet be timely enough. But I share some of it at times, when I feel it is an appropriate moment.

It is always interesting to see when the super geniuses confirm later that our ideas were not off the wall, but in the bull’s eye ball park. Maybe we can now ask Mr. Spock via Dr. Kaku what the future holds? It is said (by Frank DeMarco) that we can discuss things with anyone we feel close to even and particularly after they leave this beautiful planet, like say we can talk to Carl G. Jung, or Krishnamurti, and so why not with Mr. Spock. You see Dr. Michio salutes us with the ubiquitous Vulcan salute! 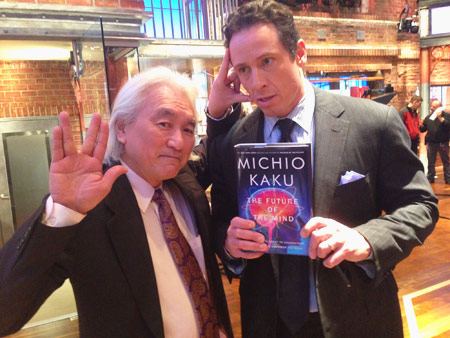 On the mundane side of things…
well, it is looking very promising indeed – as I predicted.

We have seen the Ides of March come and go, we have learned that master Putin shared with the world his experiencer’s view and witness recollection of what went down one year ago, and we see that he has invited the young Greek Leo born leader for a friendly meeting in Moscow on 8 April.

This is like deja-vu. Hopefully the world pays attention this time. It looks like Moscow has been given the green light again for Putin to go back to work there, he never liked it there too much to begin with, now we know why. So Greece can safely send in its leader. Well.. this is where Ulysses meets his match! Soon Mr. Tsipras will have made the rounds of all the heads of states he needs to work with, and he will know instantly who is real and who is fake.

The timing of Putin’s is as usual impeccable. I wonder if the Kremlin has a few astrologers on hand also? Probably he is guided by inner direct knowing as to where and when to be and not to be, and what to do, with whom, etc.

We are now moving into a sharp solar eclipse in the final last degree of Pisces, cusp to Aries. The North Node at 10 Libra, still in Putin’s birth Sun area. Alpha Omega zone. 20 March 2015 at 09:37 UT time. UT is London to make it easy. The Sabian symbol of 30 degrees Pisces is hugely mysterious and yet simple to read, ponder it slowly:

“A Majestic Rock Formation Resembling A Face Is Idealized By A Boy Who Takes It As His Ideal Of Greatness, And As He Grows Up, Begins To Look Like It.”

So this goes to the idea that we can do unusual things during the days and weeks and years ahead. Years? Because this eclipse has a very far out reach into 2019. It is archetypal in nature language, almost Carl Jung style, and entails sophisticated navigational skills. The notion of time travel comes to mind.

So this to say that all this is in a sense a super highly advanced eclipse of a rare kind – due mainly also to what else is piled up in Pisces and Aries, and the path of the event is covering basically the stretch between Scotland and Iceland. The event lasts over FOUR hours and the ancient masters said you know that it means thus that the effects will be seen for FOUR years where the eclipse is felt the most.

You see if it is cloudy you cant see it, but I can guarantee you that we all will feel it, if we take some time out to experience the astronomical precision clicking in. Neptune loads Mercury with surround sound vision and everything becomes completely “psychic” or available to all at once everywhere, like an act of early ubiquity.

In a most uncanny and timely manner, Putin ends his grand Arctic exercises on the day after the eclipse, on Celtic New Year. I am sure his submarines will be cruising in the band width of the eclipse… and I say, let the “others” try and find the black holes. That’s the nick name the new Russian subs have. The Russian sense of humor is priceless.

Someone has to make sure the Arctic remains accessible to the friendly ETs… and he volunteered to do just that. Many future resources will be found there. Maybe they will find an ancient or future city rising from under the ice when that melts off next year.

20 / 21 March 2015 depending time zone – Eclipse & Equinox are thus one and the same. Time to turn the page and look at a blank slate. Start anew is a good idea now. Krishnamurti would remind us that since we seem to fear both the known and the unknown, the best advice would be we change ourselves. We could find out who we are before we wonder about things we don’t know how to approach. The astrology speaks to us about the unknown, and about the power we have between our ears…

On a nostalgic note, 50 years ago today, 18 March 1965, and I recall it as I was then only a 6 year old kiddo, Alexey Leonov became the first human being to float in space, tethered behind his craft. Insane stuff they did then. Now here is really someone of great importance, who remembers what astrology means when you experience its reality up close and personal.

He was awed by the spatial dynamics and struck by silence, hearing only his breath – yes the famous breath of his, which Kubrick later used in his famous 2001 Space Odyssey. The Russians have enormous courage when you think of it. Priceless. Here is his total recall at RT: Struck By Silence – with many original videos in this link. Salute to you Sir! You were literally out of this world.

In April we can look into the Fool’s Day and the lunar eclipse, and find out how the meeting between Tsipras and Putin went. Perhaps they sign a little deal? In May my friends and I hold a special meeting with some of the most advanced economists, gold experts, and world leading astrologers. Maybe we will share something, if we find something… possibly we will have solved all the world’s problems by then 😉