Macro economics resemble game theory to some degree, as long as we have rational partners on all sides of the game. Will the Greek Game Theory expert Yanis Varoufakis find sane players in his meetings started in retrograde Mercury? 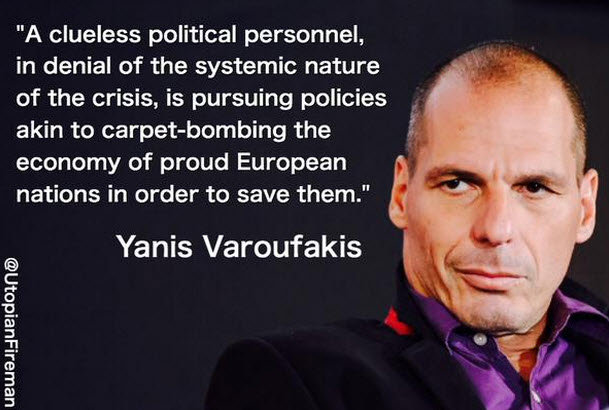 # We talked for ages about a coming economic reset into 2020. Now it is visibly happening.

# We expect that after the predictable (Egon von Greyerz predicted it) Swiss / Euro depegging operation, will come a general RESET of all currencies which is under way. China will also reserve its right to re-arrange its financial deck chairs when it comes to exposure.

# We expect gold to start its DELAYED rise. Greece also is a DELAY type saga, as is oil. Greece is a shamanic marker type “sign” – a fore runner, omen of things to come. Spain is poised to follow Greece. Europe is poised to rethink its identity.

# We witness China and Russia (and India) buying sums of physical gold at a stunning rate and pace and in huge amounts really never seen before, and such that one wonders if there is a time line only very few cognoscenti insiders are in the know of? Is this the race to the end of physical gold?

# We see the fears that drive everyone apart, irrationally and insane. The divisions keep existing. West versus East, US fears Russia, and vice versa also to some degree, the irrationally driven belief system issues, fake clashes of civilizations, psy ops, and things of a long ago past if one had evolved along better timelines… but nevertheless maps will be redrawn.

The reality ahead is about resources; it is also about observing reality.
Is oil really a resource? Once it is used up, I guess not. Oil for gold.

The Neptune petrodollar ruled oil saga – (since 1971 after it replaced gold, it is a saga) – is generally speaking about how the Saudi house of cards wishes to control Russia’s control over Syria in 2015. We noticed how the whole Atlanticist elite rushed to the burial of the old king, to pay tribute and butter up to the demented new king.

If at the same time the US alliance goes down in the bluff, like collateral damage, that is now also a possibility the US black op folks may have to factor in. In 2015, it looks like the Desert Kings will not let go, but go it alone. You have here the Ukraine, gas, oil, Putin, his special (diplomatic intel) forces, the Saudis, Syria, and ISIS etc. all in the same cross hairs.

The Middle East maps – as known – are being redrawn. Egypt joins Putin in the EurAsian treaty. Other Example. Qatar wants a more important say in things, and has started to run its own nasty side shows. The Saudis will compromise soon. The See Eye Aye has not enough eyes to oversee it all. Hundreds of billiard balls hitting each other at all angles. At highest velocity & out of control.

Game theory at its finest, except few rational players at the table. 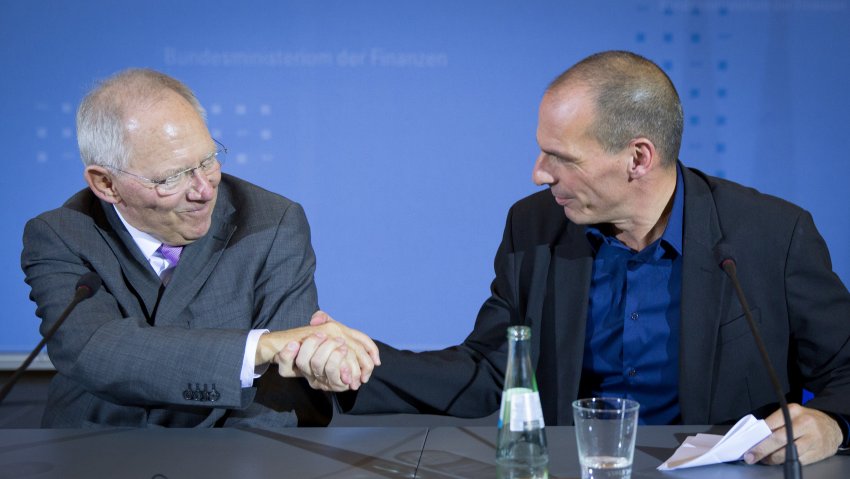 Global US / Japanese / UK / European Central Banks have now essentially replaced “democracy” — or the rule of law, and it takes now in 2015 a Greek / Australian intellectual to teach these basics to a man in a wheel chair in Germany, who is said to be the architect of the European monetary union, or to show to the world what is reality to someone used to lord it over to every one.

This is the complicated Nessus / Ixion / Neptune / Saturn business in astrology now.

In the global business, things are opaque. It is more nebulous. Oil and gold prices remain rigged.

Greece starts a Mercurial retrograde review of its situation. This is going to be a profound cleanse of inner proportions in the Hellenic state, consider it a parasite cure or colon cleanse of the oligarchies. As goes Greece, so will go Europe eventually, usually that is how it goes. With a HIGH enough chance to disclose the naked truth about what is actually going on behind the curtains.

The ultimate whistle blower, a new government! A good use of the planetary Noetic moment; this would have an effect eventually on the markets and on reality on everyone trading with Greece. The Trojan Troika horse is in Greece now.

“The EU President just said that ‘Greece risks bankruptcy if they continue with their strategy.’ Well, Varoufakis responded, ‘We are already bankrupt.’”

Take that! So there you have it, humble game theorist.
How could any one know? How You become an Erratic Marxist, and then a EU finance minister?

2015 is now open for uncertain outcomes, with almost every equation coming into question — while Saturn and a group of Centaurs in Sagittarius are challenging a flotilla of planets in Pisces for a year or two. The challenges are NEW to mankind essentially more of a mass and personal depth psychological character beyond politics.

The Matrix has been shown to the aware observers. Many issues are transforming entire segments of mankind. Development change, highest level transformation is at work now. Things are no longer perceived like they were before. These shifts in awareness are coming at a higher and faster pace now. It shows in many areas.

The Keynesians in macro economy meet their adversaries in sound money etc. Once the reset is complete, precious metals win. Imagine the Greek game theory guru explaining it to the Atlanticist overlord puppets! (Sources say Varoufakis knows more than all the guys put together he is meeting with now.)

Belief systems clash, new financial systems are being invented, in order to re-arrange the deck chairs. Europe in all this is as was foreseeable becoming unglued. Russia stated that it stands ready to help Greece if asked. So now the game is on!

World markets will come into the cusp of a sharp turn very soon. Global debt in total, two or three Quadrillions by now, is no longer manageable. Many influences in deep astrology come together to create a sort of whirl stream during 2015. Gold has only one way to go. UP.

The composite of Nessus / Neptune / Chiron position plus Ixion Saturn and others, a long story short, will all lead to an immense shake up of reality. In a way the times ahead are profound now. There is an opening in total perception. Saturn asks for it to be measured and documented. Well, this is an attempt in doing so.

We were explaining that perception of reality is now becoming the main problem issue, as disinformation campaigns are waged on top of currency and trade wars. At the root, 2015 or the Sheep Year, is not complex to understand, as it is simply about RESOURCES (just as HORSE year was about TRADE in 2014 with BRICS cementing their alliance).

(In Greece’s “shamanic sign” case, if we use Greece as a time marker, and applicable later to others, their very real resources would be tangible assets such as land, gold, islands, ports, tourism etc., and now we see Neptune in Pisces is for a long time swaying the visions of many experts, with Saturn demanding truth in Sagittarius obviously.)

Reality (facts or truth, rewriting of history, as we know it in many areas of life) – is getting shaken up, sometimes with after shocks, into middle of 2016 still for one more year, or blurred also at times, as each week progresses into the Ides of March 2015, which is a time of extreme astrological stress, but with in it inherent optimal short windows of chances for inspired actions.

Our whole relation with reality around us is undergoing very profound transformation now. It is clear to us that the last seven years since we started pluto in Capricorn, have put the world as we knew it upside down, as we predicted then.. What will happen now, into 2020, will in the end effect be all good.

No fear! Time for reset is near.