You knew I would come in on this day, right? This does not mean that what follows is some funny joke, although we have to use humor to approach the unapproachable. Some heavy duty month of March we had indeed… with the eclipse and everything else.

= As to the 4U German “clipped” Wings flight narratives… Who’d did it? And why? OK ‘ well, we hope you are paying attention. That is all I can say. Be very awake, aware and alive! In my private network we learn and share much more. Here I can only say few things, and quick. For safety reasons. 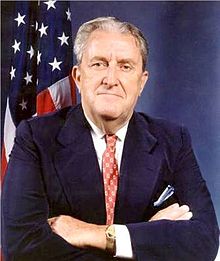 = My old Palm Beach friend, General / Ambassador Vernon Walters, author of his own riveting memoirs “SiLENT MiSSiONS” – a legend – he was fun, is known to have said to one of the many US Presidents he personally served, at some point:

Likewise I want to say to the President of France that it would be more suitable for his honor, and also a lot wiser on the whole, to opt this time for saying things as he knows by now they REALLY played out. I think the French and all others are adult enough to take a dose of reality.

Maybe Monsieur Hollande cannot yet share much because of the pressure he is under. Imagine for instance the Russians o Chinese had knowledge of the premeditated plans by listening in on some certain embassies etc. and they (or whoever, some white hats in the West) tipped off the French secret boys and said, look buddies you will have a bomb flying in on 24 March, get ready!

Then comes the missing many minutes, no contact, everyone sees the thing goes off the rails on the flight trackers. The French generals order their Mirages up to go execute and finish off what is required? Maybe for all we know the thing was headed to CERN (not so sure about that, seems irrelevant), or to the Lausanne Iran deal talks? Can you imagine those talks blowing up in smoke?

As the famous sayings go: “The Truth is Out There” or “Trust No One!”

We need to assess this whole episode in light of MH370/17 as a global IQ awareness test. Assume this is supposedly a riddle to find out who is aware and who is not. Some few relevant facts (while all the rest are side shows of side shows, or a puzzle built on lies upon lies..)

= We already have several higher ranking French military officers confirming elegantly that what some ground witnesses stated is accurate testimony – as best as they can recall things, and it looks indeed like the 4U plane was either shot by one or more Mirage fighter jets seen, or escorted into the wall. Why? Not gonna tell you this here, but we have our ideas…

How so.. figure out what the Heli pilot of the French Air Force based in Orange stated: He said many things and he also confirmed that debris was found upstream from the crash site – which he said confirmed the fact that the piece of fuselage had “been detached from the aircraft before impact”. “The search zone is
quite localised, but a piece has been found upstream, which is a bit
unsettling,”

No pun intended, but this looks like the joke of “Heads or Tails?” You can’t make it up.

Why you think he feels this is “unsettling” – and shares his tech wisdom while at it, and with us all, by implying the witnesses indeed heard “it” before impact? While they saw the Mirage jets swarm the German plane like wasps? Explosion and smoke. This is a bull’s eye. This helicopter pilot testimony undercuts all the BS they try to serve up now. He stated it all on Day 1.

Or I ask you this… How do you get a piece of fuselage to go upstream of its own plane zooming in at about 800km/h? BEFORE impact? Via a worm hole or what? In short, this officer is warning all his superiors and the public who has a clue.

The idea is that by Summer 2015, after retrograde Mercury, we may know more. Right now the higher ranking officers are assessing the damage of the psy op. Some times we have to wait patiently for things to play out. The Germans in this may look rather outnumbered by the time we are done with this op / and then we will be addressing the media landscape.

LOOK now and pay attention all out there and share this. The famous and legendary General and Ambassador Vernon Walters said: “Mr President, you can’t pull this CON on a democracy!”

Figure it out! Some one told the Mirage boys to do “it”. Why? Ha. That is above top secret and only accessible to an UNRESTRICTED & NEW MIND. The old brain will never get it.

= On the optimistic note… gotta stay upbeat here. Moving into Spring / Summer 2015, things ought to calm down, and time can be used productively to create new futures at many levels right now.

= Iran is on its way to join our world again. Welcome Persia! Turkey gives the nod to Russia’s guidance and protection. China helps South America. Russia was asked to help Central America. Half of Europe – including the “special” ally UK – is applying for membership with China’s AIIB super bank.

Good bye Dollar, good bye America! General Walters would faint if saw this. General Alexander Haig, my other deceased buddy, he would say to me, as he did indeed: “Trust No One!”

Recall Haig? The 18 minutes missing Nixon tape, the sinister force which breeds paranoia in the Ovarian Office? Guess what, this is a special nugget of golden truth: Segolene Royal, the mother of the four children of the French President, she is now transport minister of France, well she says the operation was not eight minutes off the tracker, but EiGHTEEN minutes. No one pays any attention…

Ah well… This operation has gone way OFF the rails by now in 9 days. April the 1st.

God created the world in 6 days, and Stanley Kubrick sent the whole garbage back to the drawing board on the seventh day, and said, I need a better one. New Script please…

Keep smiling buddies, we win this 😉

And meanwhile, in the land of the free and brave fools, they launched Operation JADE HELM – you can’t make this BS up. Good luck to our friends and partners… You have to always see the humor in all of it.

= Things are changing fast now, since Jupiter & Uranus are turning the tide finally after years of rather extreme duress in this world. Like I said in my last posting, Greece is approaching Russia after having understood there is little time to waste and no point in dealing with a museum called EU.

Things are looking up! Things will get WAY better very soon for everyone who stays aware awake and alive. Stay tuned here for our May meeting videos and more, in May and / or June! Change is afoot. Why don’t we change? Change involves change. Right? Or as Apollo 11 legend Buzz Aldrin once said in some funny documentary…

“You either change, or you die.”

+ Among legendary pilots like the great John Lear, we look at this world narrative, and all the stories these media fools serve us, and we wonder if people are asleep at the wheel… and so we use humor laden pilot code. All I can say is this as a hint:

You want something fun and interesting to watch?
OK, check this out, it is indeed a classic. 52 min.

This is a great work of art, enjoy it! Teaches discernment…

Next up is Libra Lunar (full moon) eclipse on 4.4.2015 opposite Sun & Uranus.
Or enlightening. This is a short but very obviously electrifying moment ahead.

Truth or Dare. Saturn treks back to the last position in Scorpio. The DEEP GAME!